Free Shipping!
Applies to most orders. Click for details...

The Town Square ceiling fan by Monte Carlo has an uncommon design with both the housing and downlight boasting four-sided, geometric styling for a tailored look, which is continued through the square profile of the blade irons and the downlights finial. The integrated downlight is encased in Amber Pearl glass, with three candelabra 40W bulbs included. For a more streamlined look, a finishing cap is included if its preferred to install the fan without using the integrated light. It features three-speed pull chain operation with a manual reverse switch and is also compatible with the NEO remote control (either hand held or wall mount) sold separately. 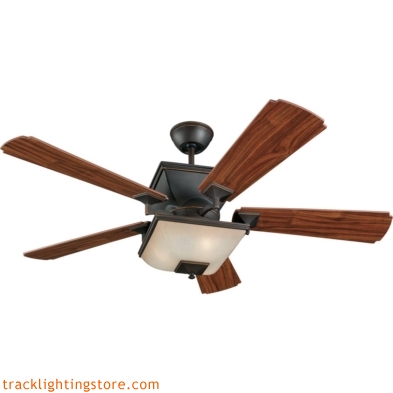